I was wondering about everyone's ideas were on the true age of the Pyramids and Sphinx. For one, they are definitely older than the conventional Egyptological date on the reign of Khufu/Khafre, since the Inventory Stela indicates that Khufu REPAIRED the Sphinx, so therefore his son could not have built it. Geologists have determined that the heavy erosion on the sphinx is that of water, not sand, unusual for a desert. The last time heavy rainfall was experienced in the region was in 8000 BC. Further, some have suggested that the sphinx is symbolic of the astrological age of Leo, which began around 10500 BC. What do y'all think?
Arouet

I don't know much about these either, sorry.
ProfWag

I remember an interested History Channel show that Dr. Schoch sure thought it was eroded by water. Interesting subject and I always wished I were an Egyptologist, but alas, I am not.
NinjaPuppy

Great topic! However, like the others here, I am not particularly educated about these things.
Craig Browning

I tend to believe that the Sphinx is far older than conventional archeology ascribes; even before Dr. Schoch tabled his theories others had made similar suggestions.

Again, this is something I've not dealt with in close to 20 years so I can't give accurate book titles, but if you look into texts like the "Siros Connection" you will find some interesting perspectives. Too, you will find that some of these ideologies link to the whole ET gave life to the planet theory; while it's debatable and some even seek to negate such, the idea that the "children of heaven" came down and populated the earth in some way is very ancient and not exclusive to any one part of the globe, several ancient cultures refer to this as well as the idea of "little people" with uncanny abilities. I don't say this as someone looking for a fantasiful sense of validation but more as someone that's willing to consider the likelihood that ET types were somehow involved with the yet known history of this planet and human society. As such, I believe there are things like Dr. Schoch's hypothesis that really should be taken with more than a grain or two of salt.
MasaruTobi

As a result, research on exotic obvious conclusion.

It is surrounded by desert sand. But there’s evidence of erosion.Erosion by wind-borne sand? No. By water! says Gray.

The edges of the rock are rounded. And there are apparently deep fissures in the rock.The impressions on the stones are not horizontal, as would be caused by sand and wind (like the pyramids in the area); instead, they are vertical.This suggests that the Sphinx has been subjected to heavy rainfall.

The erosion is stronger on the upper parts of the Sphinx and its enclosure walls than around the base. 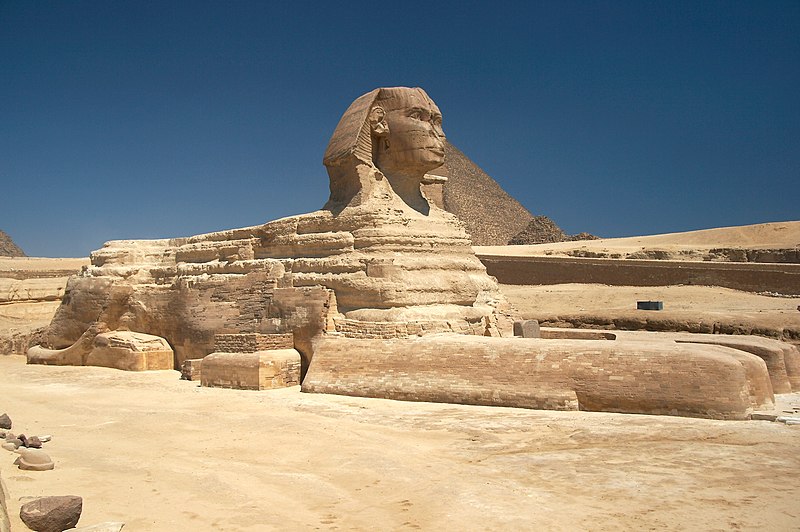 This erosion of these “upper” surfaces exhibits a pattern of weathering commonly associated with exposure to rainwater run-off.

There is a rolling and undulating vertical profile, with many vertical and sloping channels where joints in the bedrock have been opened up.
French scholar R. A. Schwaller, independent Egyptologist John West, and geologist Robert Schoch examined it. Schoch contrasted this situation at the Sphinx with the state of weathering seen at other rock-cut features of the Giza Plateau.

For example, in various Old Kingdom tombs, erosion by windblown sand has picked out areas of poorer quality rock, but has left the anciently cut facades and doorways not markedly damaged. But the highly rounded weathering on the Sphinx and its enclosure indicates the action of rainwater over a long period.

You can read more about this article at

I hope i answered you well, do reply.